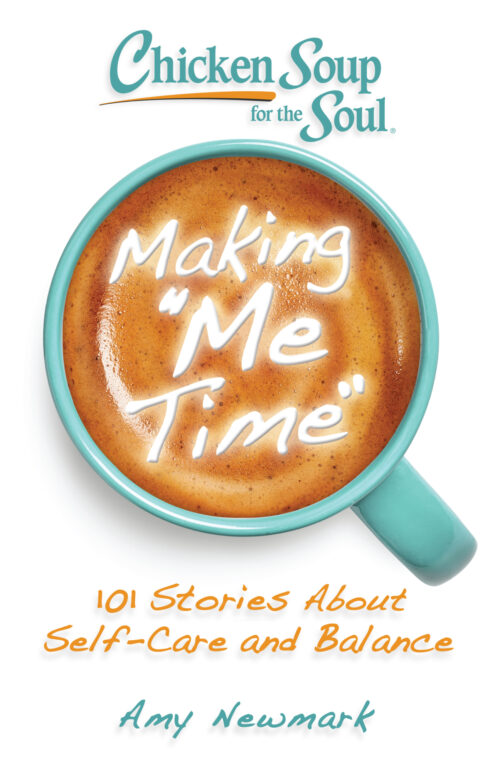 From Chicken Soup for the Soul: Making Me Time

Real friends are those who, when you’ve made a fool of yourself, don’t feel that you’ve done a permanent job.
~Erwin T. Randall

“You’re just a number, and it’s just a job for them,” announced my best friend. “My advice to you is to keep quiet and smile.”

“What?” I asked. “Are you telling me this to make me feel better or worse?”

My friend, Linda, had come all the way from California to take care of our little family in Lancaster, Pennsylvania, while I underwent radiation treatment for breast cancer. I appreciated her help — especially with our boys (ages nine and fourteen) — but some of the things she said absolutely unnerved me.

I had radiation treatments five days a week, and Linda accompanied me every day. That Friday, the “light bulb” went out in the radiation machine. It would take a week for a new bulb to arrive, which would put me back a week and a half on scheduled treatments because of the Memorial Day weekend. I made it known to the receptionist that it simply wasn’t acceptable. “Don’t you keep extra ‘light bulbs’ around just in case one goes out?” I asked, rather annoyed.

The receptionist informed me that it wasn’t any ordinary “light bulb,” and it cost a lot of money. They were doing their best to get one to the radiation center as soon as possible, but I needed to be patient.

It was cloudy outside and threatening to rain. My gloomy mood spilled over to all the staff and my best friend, who kept informing me how out of line I was.

As I sat on the sofa surrounded by travel magazines, I let my friend undo the damage I had caused with my not-so-polite behavior. I was within earshot of everything Linda said as she scheduled my next appointment, including the fact that I was “emotionally unstable.”

Linda and I had been best friends since fourth grade, and we had weathered a lot of storms together, but cancer was putting our friendship to the test. Something about facing your own mortality makes you question a lot of things — including the friends you have in your life. For the most part, Linda was a stormy kind of person. She had a way of putting me in my place and treating me as if I were a child. The “hurricane force winds” that blew inside the house even had my husband and boys wondering if it was a good idea to have Linda around.

Normally, I was the stable one and hardly ever made a fuss, even when Linda was at her worst. She was, for the most part, the drama queen. She was also homecoming queen in high school and could talk me into almost anything — including trying out for sign carrier in the band (next to the majorettes). I learned my routine, put Vaseline on my teeth to keep my smile shining, and outperformed even my own expectations during tryouts. I made the cut, but I didn’t like being in the limelight. It was Linda who enjoyed that.

I was working full-time and radiating on my lunch break (except on Fridays when I finished work at noon). On the one day I thought we could have a semi-normal day, it was ruined by my outburst at the treatment center. Would our relationship ever be the same? Worse yet, even though she’d been right in her assessment of my behavior, did I want Linda in my life? As we drove home from radiation oncology, I had a heart-to-heart with Linda. “This isn’t easy, but I feel like I have to say something,” I said tentatively. “Breast cancer at forty has taken me by storm. I’m vulnerable right now, and you can’t blurt out everything that’s on your mind.”

Linda stared at me and replied, “You are so ungrateful. I gave up my life for a week to take care of your family, and this is the thanks I get?”

I pulled off to the side of the road and explained, “My life has been turned upside down, and I’m re-evaluating everything — my job, my friends, and what I want to do with the rest of my life.”

It was a quiet ride back to the house after that. It had rained, but now the sun was out and we saw a beautiful rainbow; normally, I’d have stopped to take a picture, but I didn’t have the strength.

Linda was leaving the next day, and I had hoped for a better ending, but she went up to the guest room, and I ended up fixing dinner. I tapped lightly on the bedroom door and whispered, “Dinner is ready. Would you like some?”

I got the silent treatment, so I let her be. The next day, as I drove Linda to the airport I apologized and let her know how much I appreciated her help during my final week of radiation.

In typical Linda fashion, she gathered up her things while I parked curbside under the departure sign. She didn’t say a word, got out, and slammed the car door behind her. That was the last time I saw Linda.

It’s been almost twenty-four years since that spring day in 1996, and I’ve learned a lot about myself through cancer. It changes you. You figure out what’s important in your life and what’s not. You set boundaries, and you protect your heart from unhealthy relationships. I had to let go of all the “Lindas” in my life.

Little did I know that my “friendship housekeeping” would come in handy for my second breast-cancer diagnosis three years ago. I was older, wiser, and much more prepared than I was the first time. I learned the secret: Always stay close to people who make you feel like sunshine, and you’ll weather any storm that life brings your way.

Previous: Back to the Future

Next: Thanksgiving with Strangers